Susannah B's EP Deep House Sessions with j.wells is getting thousands of streams from listeners all over the world! This is her first collaboration with Brooklyn-based music producer j.wells, who took some of her vocal tracks and utilized vintage analog synths, disco tracks and drum machines and more to create three electronic dance remixes of Susannah B's tracks from her 2018 album Far More. New collaborations with j.wells utilizing all new vocal tracks and original drum beats are in the works now! 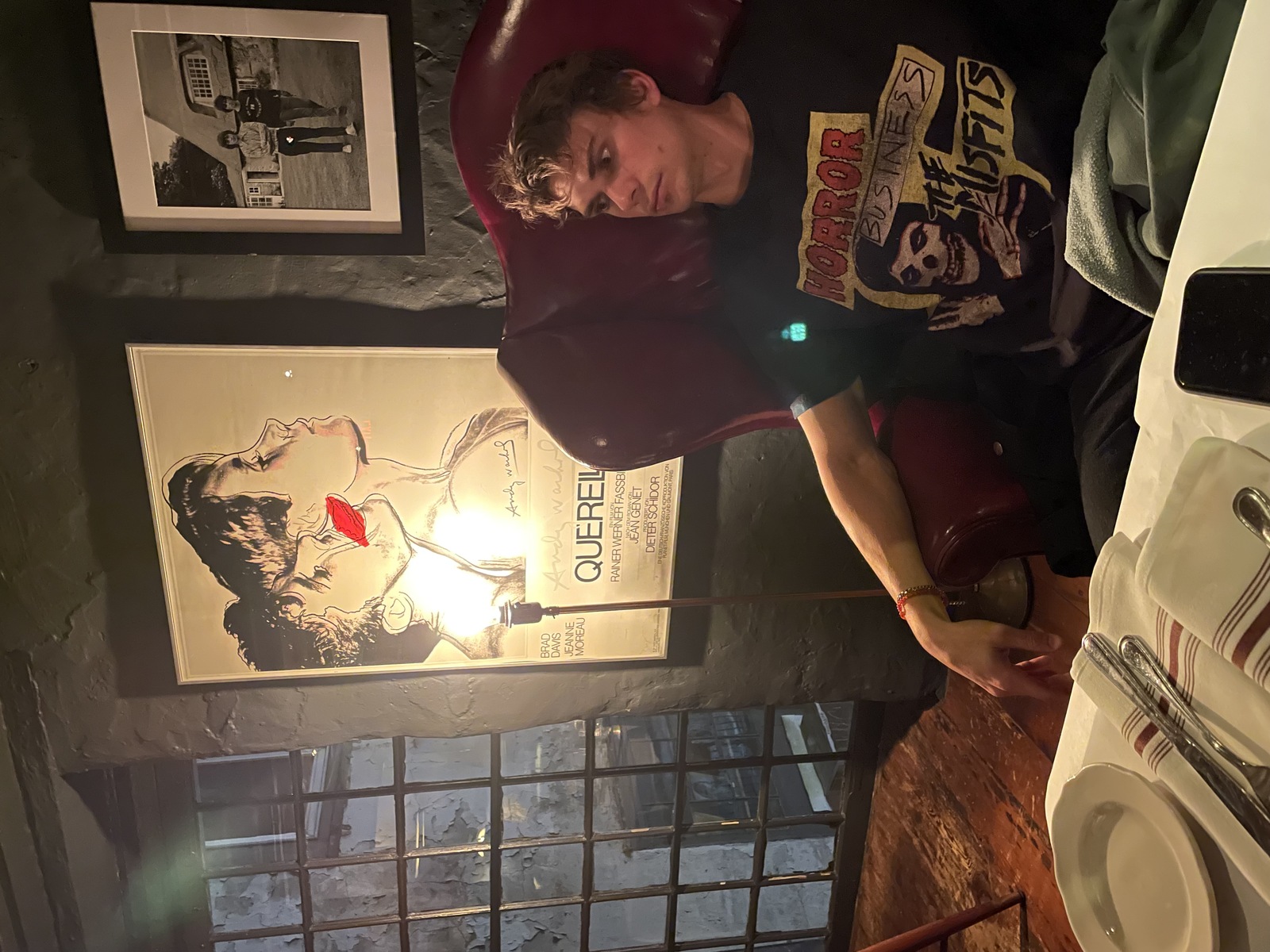 j. wells is a Brooklyn-based electronic music producer who’s been involved in the techno, house and hip hop scene for several years. A classically trained musician, he is a graduate of New York University in Music Technology and is heavily influenced by the dance music scenes of Berlin, Detroit and New York City.

His tracks bring a minimalist, experimental approach and make unique use of vintage synthesizers and analog drums, vinyl cuts and vocal edits. A link to his j.wells soundcloud may be found here:
soundcloud.com/wellsss 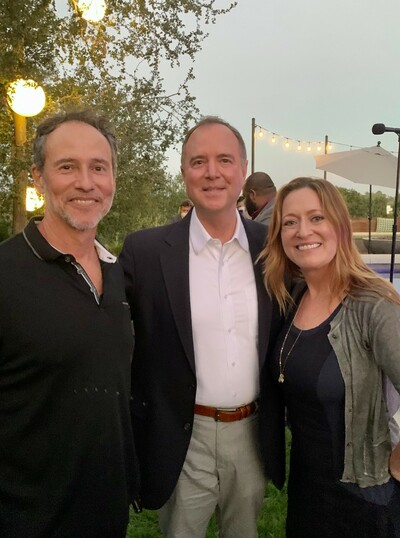 For the first time since the pandemic, Susannah and her husband Jordan Corngold were able to host a charity event at their new Barbara Bestor-designed home, which was a goal in planning the space. The successful fundraiser was in support of Congressman Adam Schiff and his Schiff Leads PAC, which helps Democrats in tight Congressional races. The event committee included Ron Baldwin, Martha Hackett, Leonard Majzlin, Amanda Landecker and Bradley Whitford, with Patricia Arquette as a special guest. 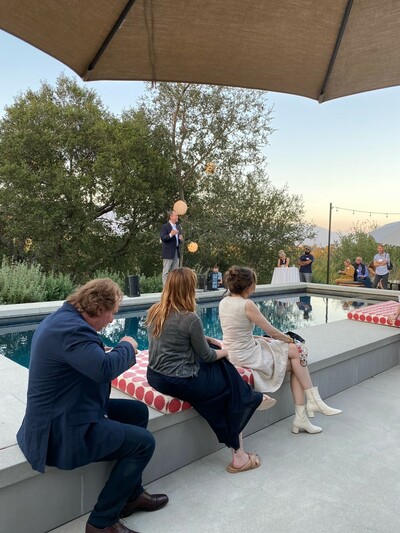 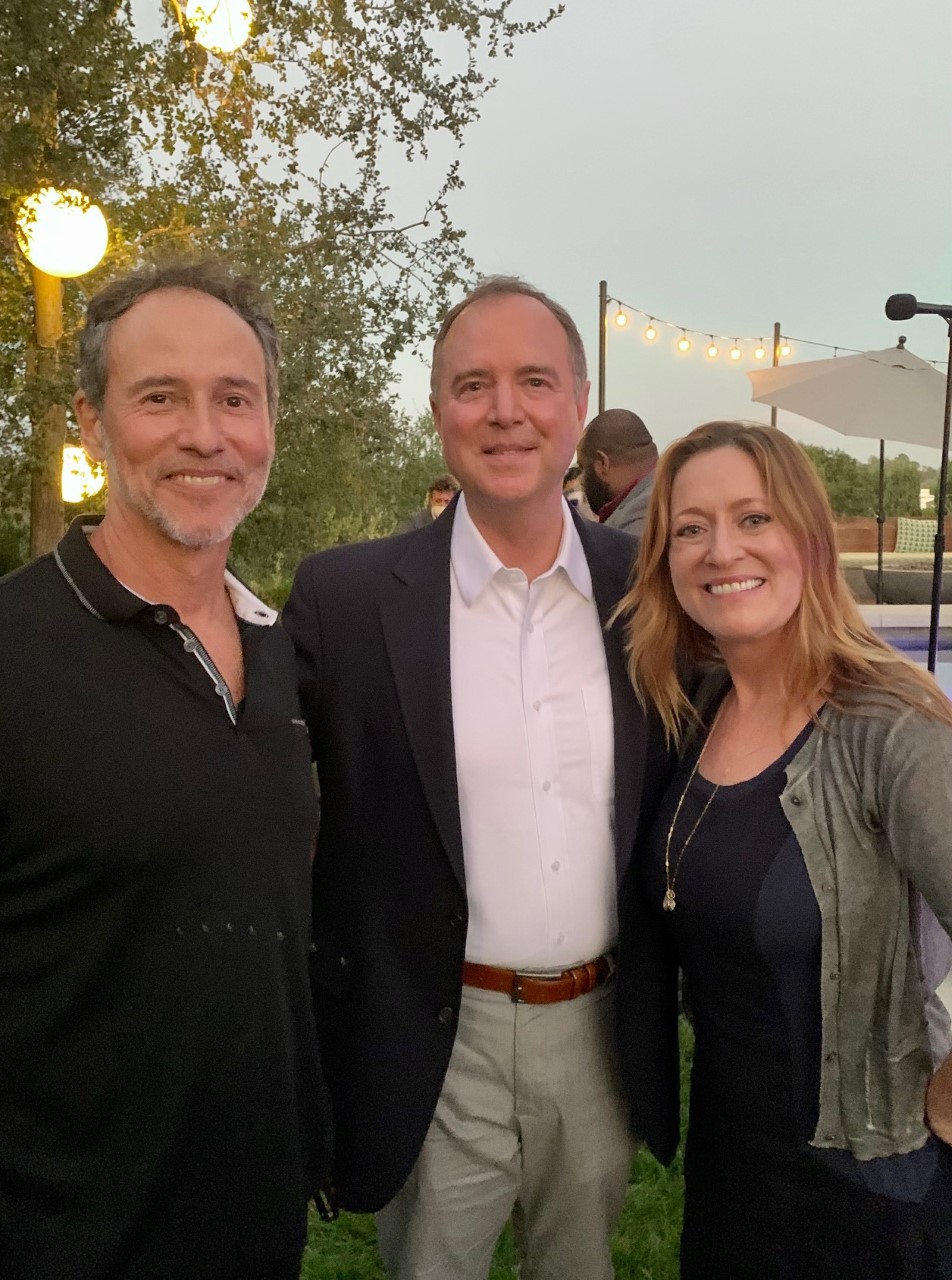 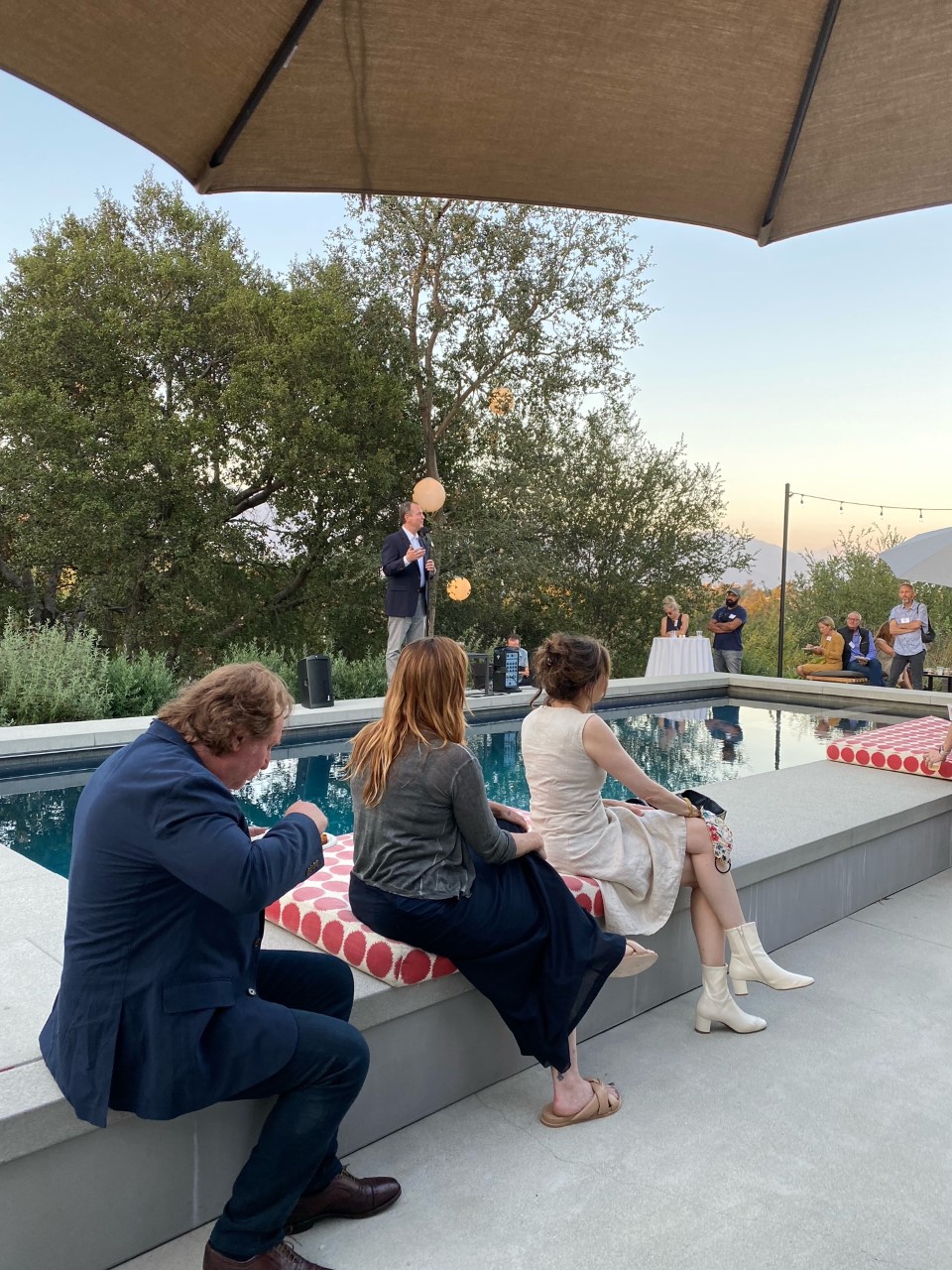 New York, NY, Oct. 14 - The 35th Annual Friends of Alec Wilder concert, featuring the many sides of one of America's most unique and unclassifiable 20th Century composers, will go virtual this year on YouTube, November 7 at 2 PM ET and feature performances produced especially for this broadcast. The New York City-based Friends of Alec Wilder organization celebrates, promotes and preserves the music and life's work of the music composer genius. Their first concert as a streamed broadcast rather than a live show will be highlighted by popular Los Angeles singer/songwriter Susannah B performing three songs from her recent and well-reviewed album of Alec Wilder Music, Girl Gone Wilder! To access the YouTube concert on November 7 at 2 PM, go to www.alecwildermusicandlife.com

The footage of three songs from Susannah B's 2019 album debut concert in Hollywood, "Crazy in the Heart," "It's So Peaceful in the Country" and "Be A Child" will premiere exclusively at the Friends of Alec Wilder Concert on YouTube next month. Buzz Music says of her interpretation: "'Crazy in The Heart' features the classic jazz sounds of yesteryear, but with Susannah's smoky, cinematic vocals fused in. Susannah masterfully tackles this powerhouse song with ease and does her idol proud."

A self-taught composer, Alec Wilder mingled with music's elite during the height of their fame. From Frank Sinatra and Tony Bennett, to Peggy Lee, Stan Getz, and many others, Wilder wrote/co-wrote many popular songs and standards, including: "While We're Young" recorded by Peggy Lee, "Moon and Sand" recorded by Chet Baker, "Where Do You Go" with different versions by Miles Davis, Stan Getz, and Frank Sinatra, "It's So Peaceful in the Country" recorded by Rosemary Clooney, "A Child is Born" recorded by Tony Bennett, and "Be a Child" written with famed jazz trumpeter Thad Jones. In addition to writing popular songs, Wilder also composed classical pieces for exotic combinations of orchestral instruments and wrote 11 operas, as well as other varied musical compositions and arrangements.

Susannah's Charitable Efforts- A Big Part of her Life:

Recorded live at a benefit house concert in Los Feliz on April 14, 2018.

Girl Gone Wilder is a show written and conceived by Susannah B.

"What a lovely evening. And that music was something else. I just don't hear tasty jazz stylings like that, anymore. All the guys were totally solid. If they were playing at the Catalina, I'd be down there tonight. Really enjoyed the way she structured it all, too, around the guy's life. What a treat!"

"What an exciting and innovative evening! I just loved Susannah's story about Wilder and his songs! The old-timeyness of them brought me right back to growing up and knowing how much my mother would have appreciated hearing them! Her voice sounded wonderful. I love it. A talented woman!"

My husband has been spoiling me with some great cocktails during this time, and since I definitely had cocktail music in mind for several of the songs on my new album, I decided to put his recipes and these songs together in a little Sips & Songs collection for you:

"Crazy in the Heart" Quarantina

Mellow your mood with this refreshing Margarita-style cocktail!

In a cocktail shaker, shake to the swinging beat of the music. Pour into ice-filled glasses. Add lime wedge for garnish.

Sip this sour, enjoy the moment, and know that everything will be okay...eventually!

Stir and pour into ice-filled glasses. Garnish with ½ orange slice and Luxardo cherry.

"It’s So Peaceful in the Country" Paloma

Imagine a world with no social distancing!

Shake and pour into ice-filled glasses. Top it off with club soda. Garnish with citrus wedge and mint leaf.

These tunes are fun, swinging updates that make it the perfect cocktail music for today's listeners. Sultry songstress, Susannah Blinkoff has reimagined his iconic recordings and will be releasing her first single this spring. 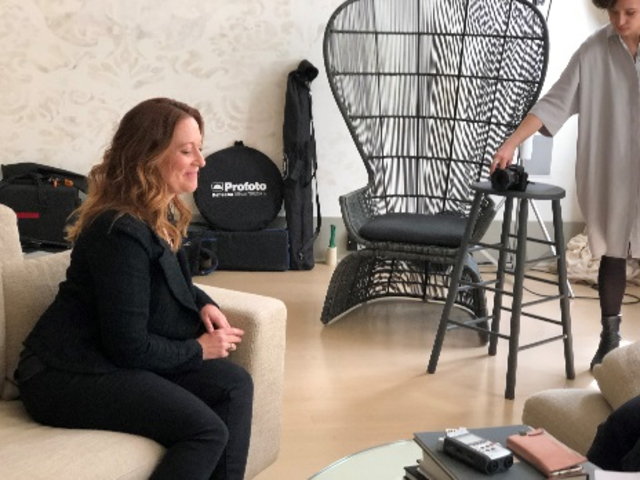 Susannah's lush and sultry voice both harkens back to the tumultuous time that was the war-torn 1940s and gives these spellbinding tunes a swinging modern twist, perfect for cocktail culture, a fun dinner party or a windows-down drive into the country…Stay tuned for her first refreshing release on May 15th! 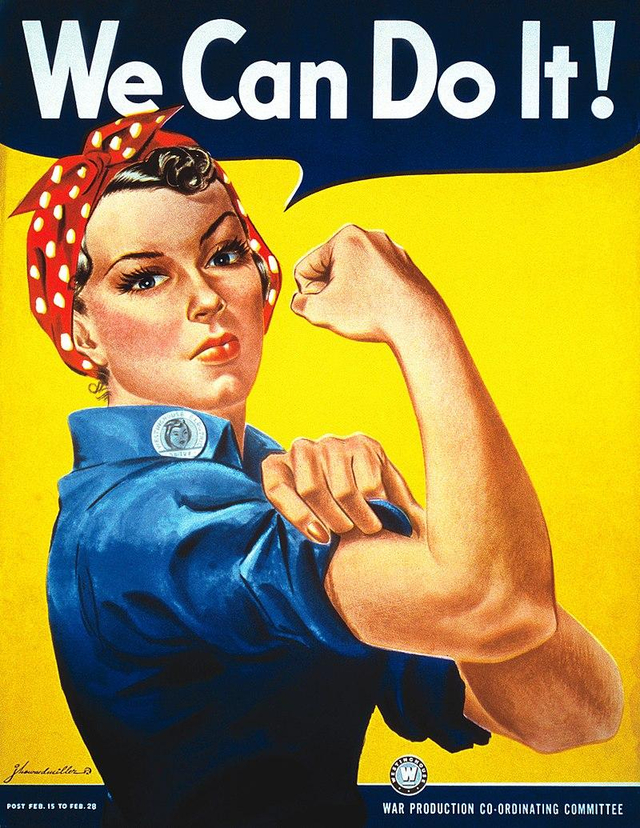 Cocktail culture, and iconic drinks like the Manhattan and Old Fashioned – are experiencing a resurgence and require a soundtrack like Susannah's snappy interpretations of Alec Wilder's tunes from the 1940s-60s! 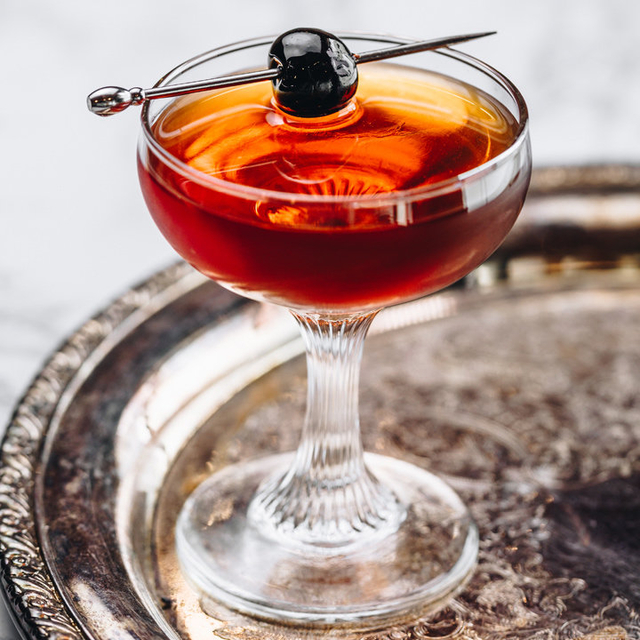 Alec Wilder's music is like a 30-year velvety whiskey, his jazz classics stand the test of time and have been recorded by the likes of Tony Bennett, Frank Sinatra, Doris Day, Lena Horne, Peggy Lee, Sarah Vaughn, Carly Simon and many more big names. 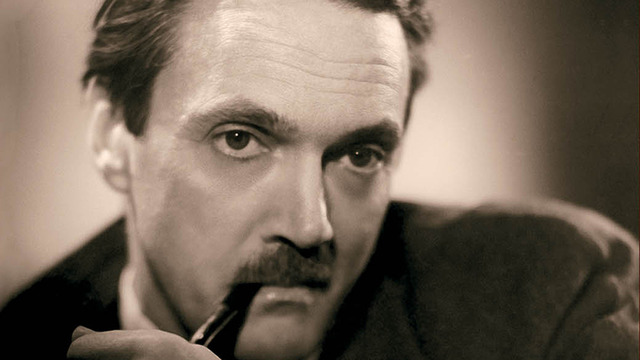 Recently, I adopted a beautiful girl from Colombia through Kidsave, a wonderful organization that helps teen orphans to find new homes. This is a charity means so much to my family and many others. Please check them out. 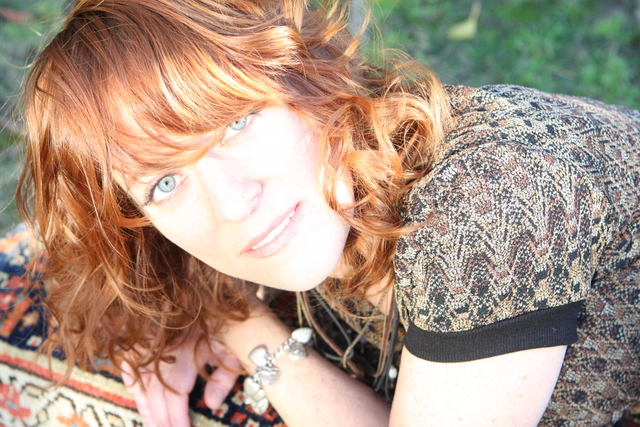 Alec Wilder's music is a unique versatile blend of American musical traditions – among them jazz and the American popular song –as well as classical European forms. 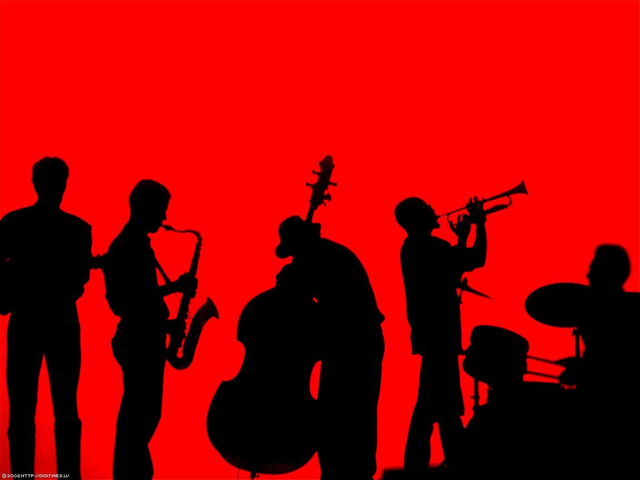 My new album Girl Gone Wilder! will be released this June. The debut single,"Crazy in the Heart" is set for release this spring. The tunes are swinging and fun -- a perfect pairing for your next cocktail event! 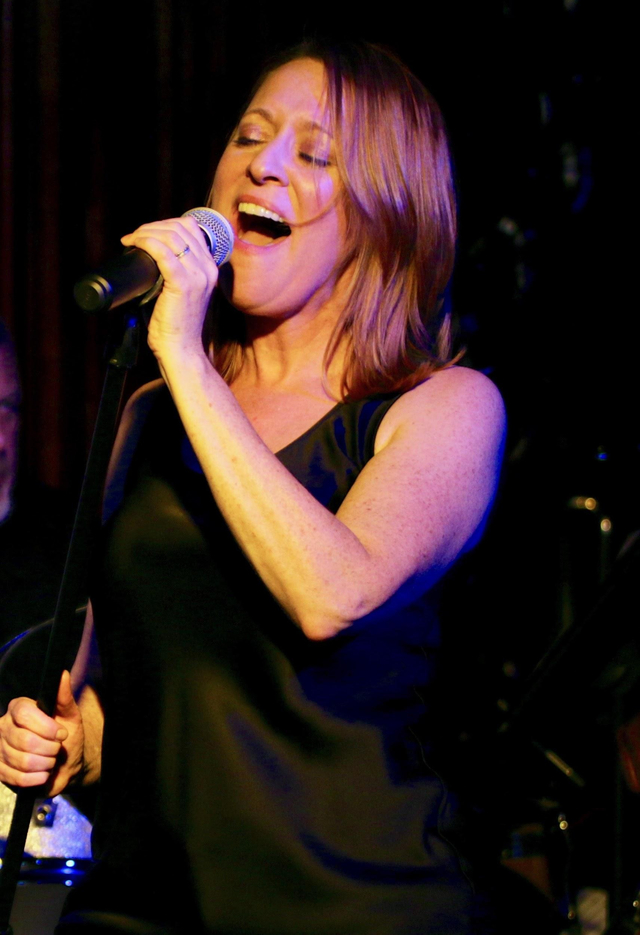 I'm passionate about the charity KidSave, This charity helps find families for older orphans, ages 10 to 15, who have little chance of being adopted in their own countries. I will be doing benefit concerts for them with my new jazz music soon! 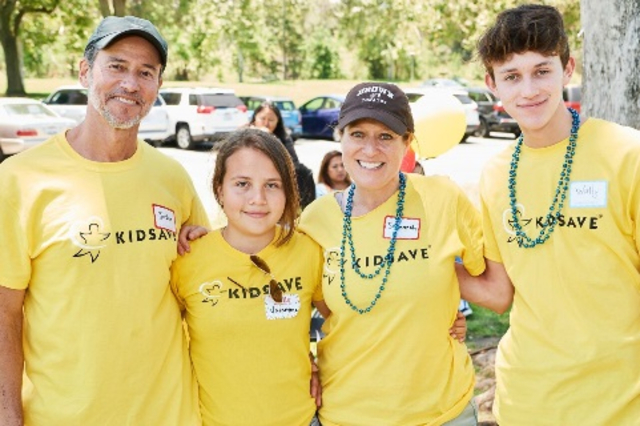 My new release, Girl Gone Wilder! is a tribute to the legendary composer, Alec Wilder whose career spanned 4 decades, starting in the 1940's, but who today is largely forgotten. I'm excited to reintroduce his music with my own twist! 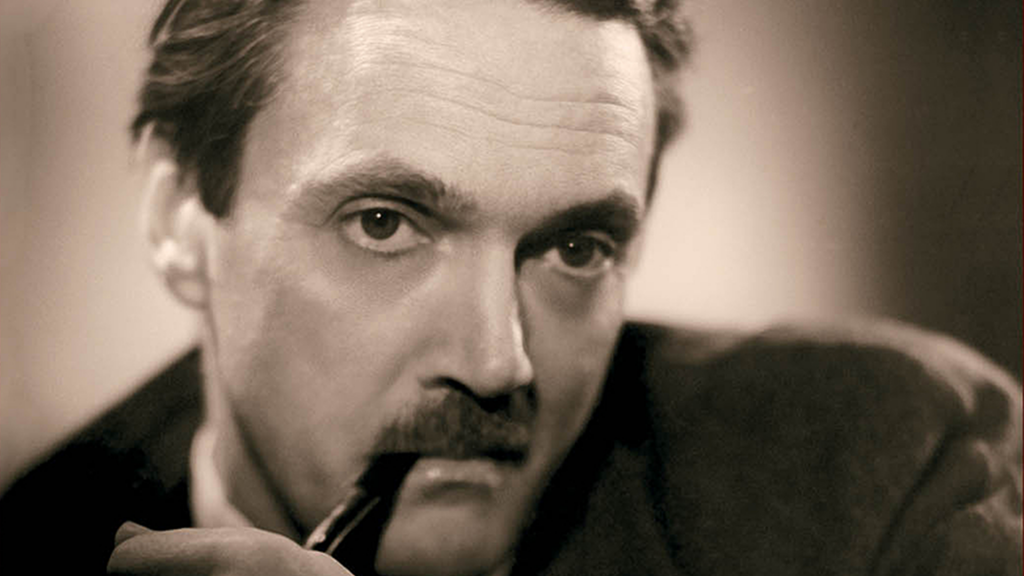 Exciting news! My new single is coming out next month! Keep your eyes here to hear it first. 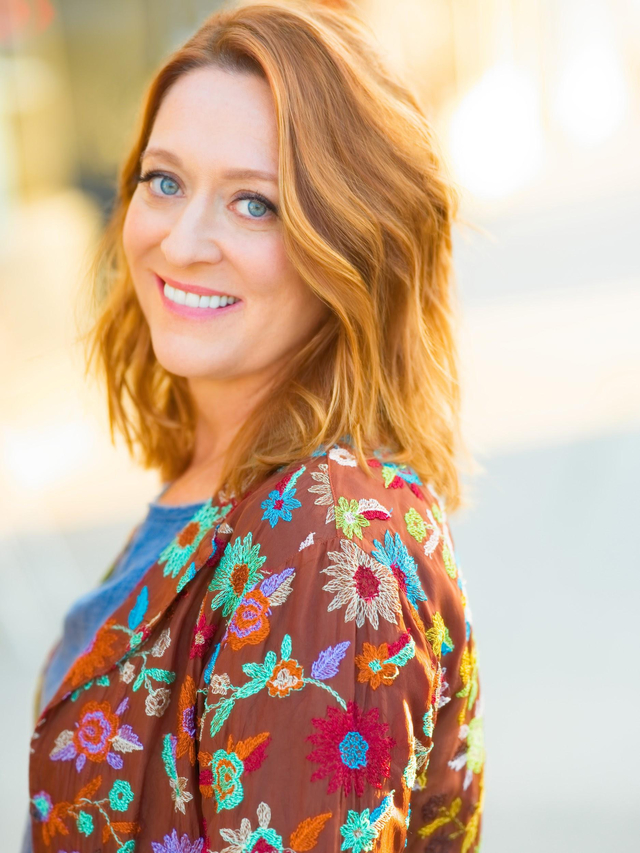